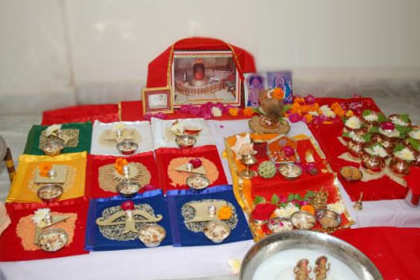 What is Narayan Nagbali? (Pitru dosh)

Two separate rituals consist of Narayan Nagbali. Narayan bali is done to get rid of ancestral curse (Pitru dosh / Pitru Shaap) while Nag bali is done by killing snake, especially Cobra, which is worshipped in India, to get rid of sin. Only at Trimbakeshwar can it be performed.
The Narayan Bali ritual is performed to satisfy the ancestral souls' unsatisfied wishes that are stuck in the world and disturb their progeny. Narayan Bali is a Hindu funeral that consists of the same ritual. It uses an artificial body made entirely of wheat flour. Mantras are used to evoke certain souls that remain attached to those wishes. The ritual makes them inhabit the body, and they are released to another world by the funeral. The Nagbali ritual is carried out to get rid of the sin of nagbali killing (Cobra). The funeral is also conducted in this ritual on the body of the snake made with wheat dough.

Both of these Formalities are performed with a desire of fulfillment of certain wishes. Like –

Importance & Procedure of The Narayan Nagbali:

In India, every married couple's desire for at least one male baby. If they are not pleased with these emotions, they still feel sad. Therapies such as Test Tube Baby are available in this age. But they're too pricey for a lot of couples. Few families get loans for these kinds of expensive treatments. But they turn to astrologers when they get no good results from it. Only the reasons for the failure of all medical procedures can be analyse by astrologers. There must still be a solution when there is a dead person, too. Our ancestors have listed the remedies in the science of astrology to resolve this problem, keeping this rule in mind. First, they find out whether or not there is any possibility of getting problems from the birth charts of both of them. If yes, then for some reasons including curse of previous birth, curse of Pitaras, Yoga of discontinuance of the race, etc.,
When the exact conclusion arrives, if possible, they figure out the solution to cure the problem. The Narayan Naagbali remedy is recommended outside of the remedies, and if this formality is properly fulfilled, there is a sure chance of having a problem particularly the male baby.

If any movable, immovable property such as home, land, assets, etc is taken from someone by using force or misleading him, the aggrieved person's soul remains with that property after his death and continues to torment the culprit for an indefinite period of time. While the body of the aggrieved person is burned or buried in flames, because of his dissatisfaction, his soul could not get the correct way to move forward. Thus, he transforms into a ghost. After that with a view to taking revenge, the ghost tortures the people responsible for his dissatisfaction.

It is not done properly in the final ceremony for the deceased person or Shraddha is not conducted, several troubles arise due to soul dissatisfaction and eventually conversion to spirit. Some examples of unhappy soul troubles are below.

To remove any of the above trouble, the formality of Narayan Naagbali is recommended.

Death at the wrong age for a wrong reason

Death is referred to as Durmaran in Indian language due to some wrong reason and at the wrong age. For these reasons, the people die creating issues or problems for the whole family after their death. Some of Durmaran's examples are below.

If in his or her dream a man or woman sees the following scenes, it means someone's curse in either last birth or current birth. Any examples of such types of dreams follow.

The Narayan Nagbali formality is suggested in order to get rid of the above forms of dreams. In popular religious books known as "Dharmasindhu" or "Dharma Nirnaya," the method of Narayan Nagbali is explained.